PFP visited Blue Nile with HART in January 2018, where acute shortages of food and lack of healthcare and education  cause overwhelming manmade suffering.

Food scarcity in Blue Nile, caused by constant movement by civilians avoiding bombs and attacks from the Government of Sudan, is exacerbated by natural disasters. Floods in October 2017 ruined most of the maize and long-term sorghum crops that would have been harvested in January-February and were to be used for food until the next harvest.  Any remaining productive assets, animals and items have long been sold. Very few people can afford to buy food – most  eat roots and wild fruits.

In Wadaka the situation was desperate for the 9,000 IDPs who had recently fled from Danfona, scavenging for food, without basic necessities such as water or blankets. PFP will work over 12 months to achieve the following:

We want to create income generation opportunities through small business start-ups in accelerated poultry farming, livestock farming and thus creating a micro-finance facility for each community.

Photos from our visit 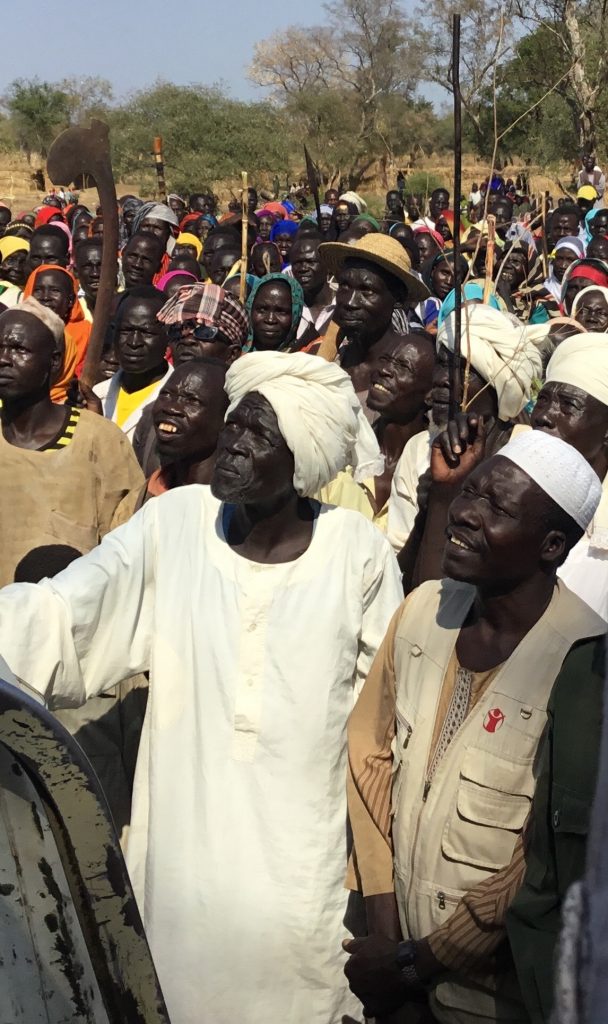 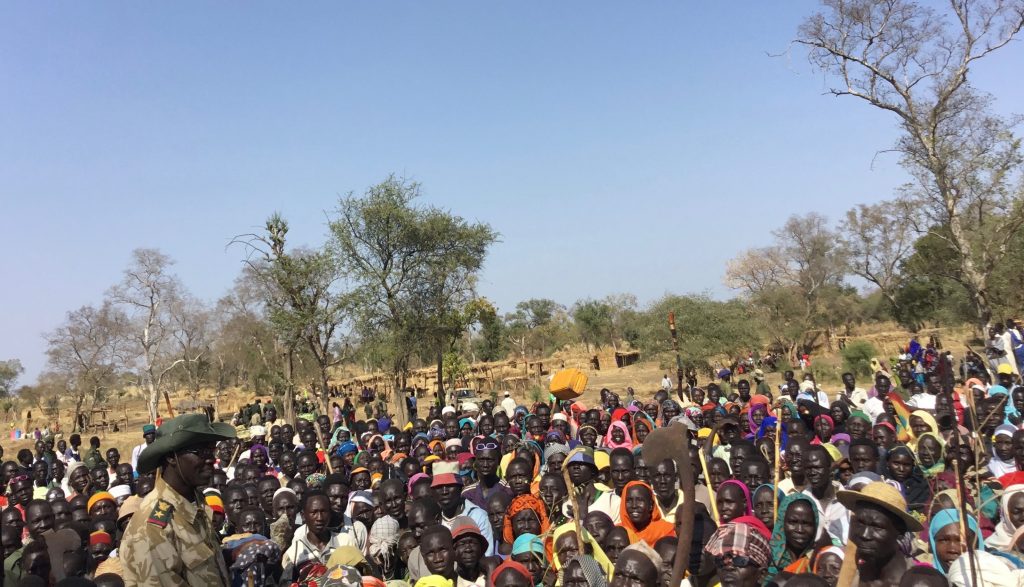 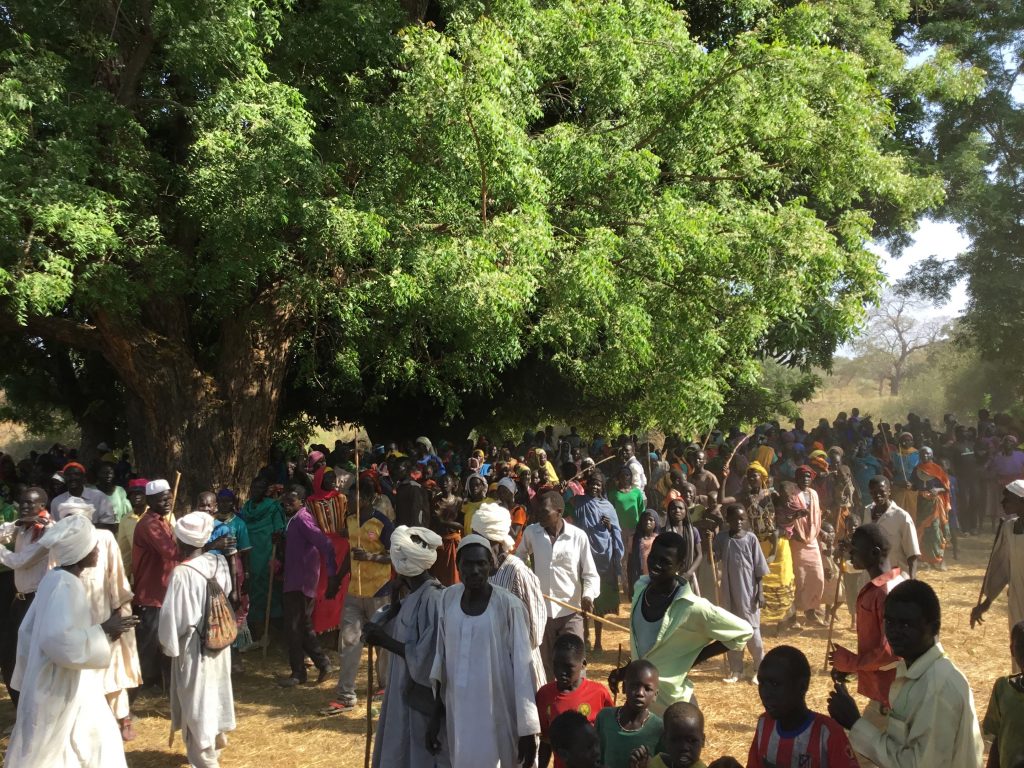 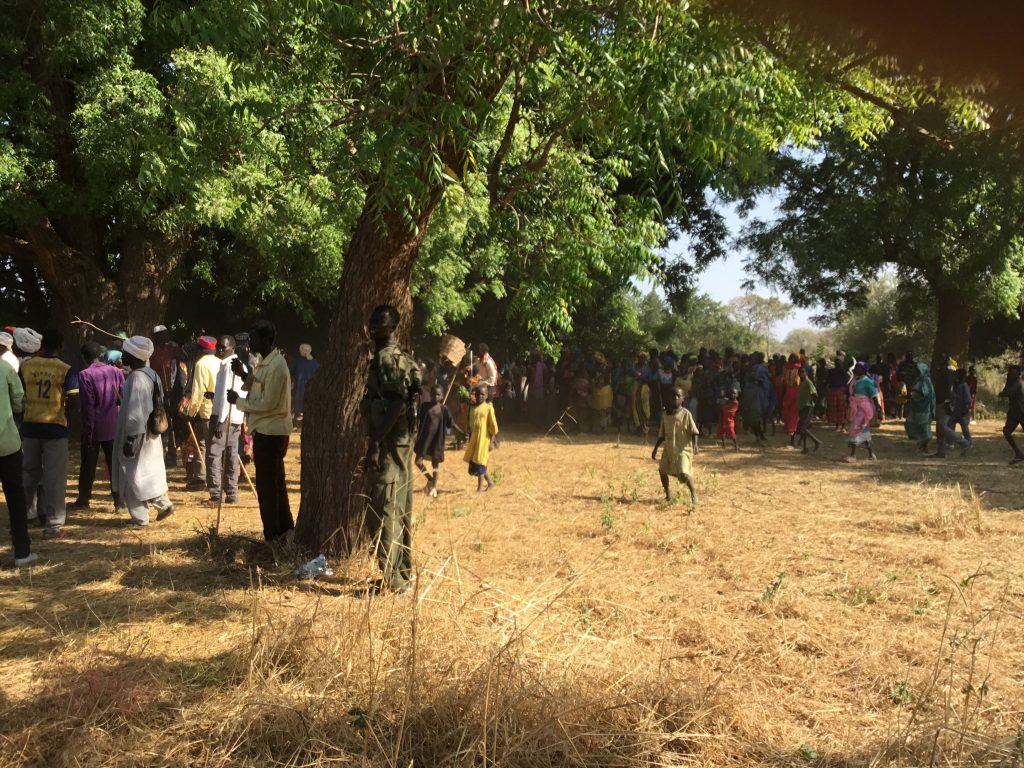 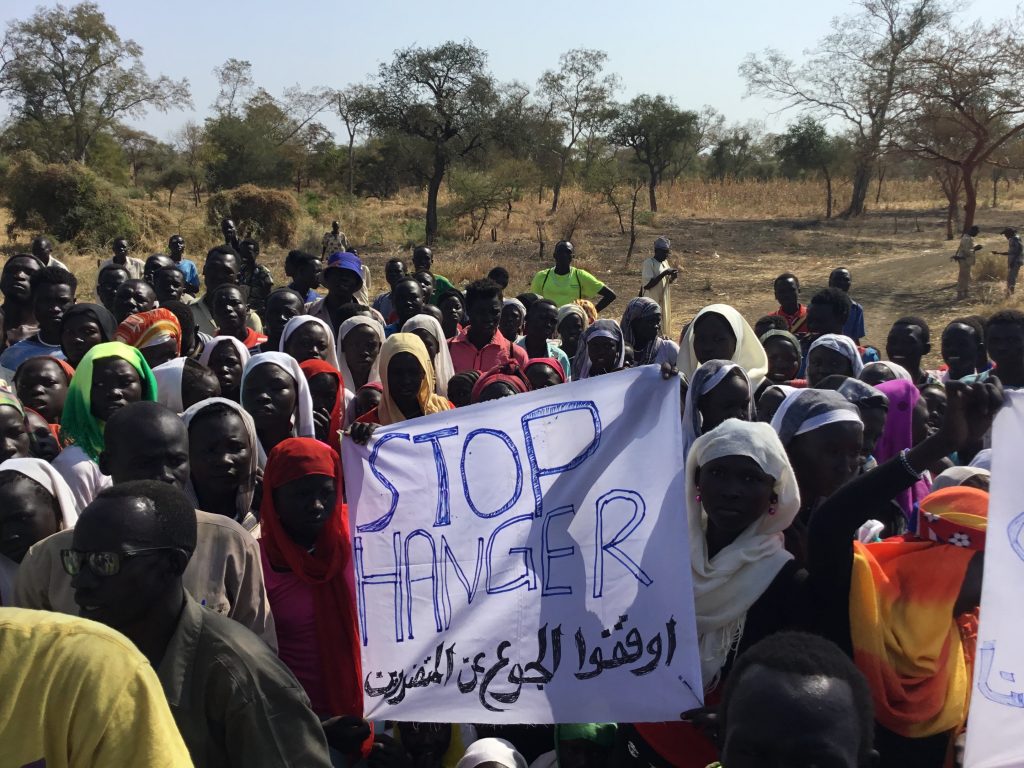