A Look Into The Period Poverty Experienced In Northern Uganda. 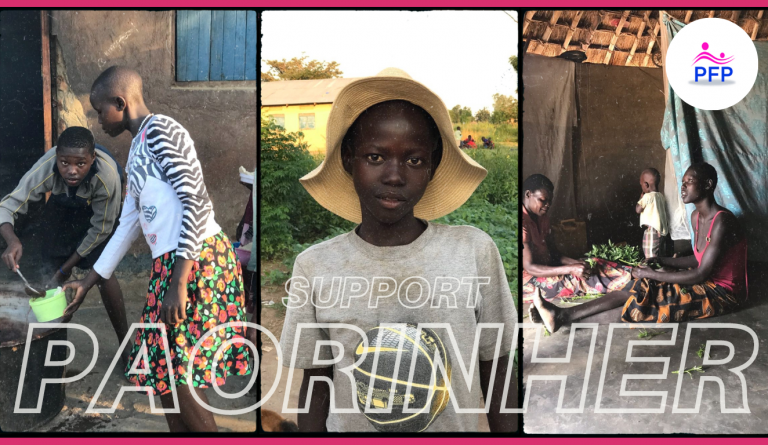 At the family and society levels in Northern Uganda and in most parts of the country, the issues of women sexual health are not freely discussed and are normally left to the women to deal with them quietly. In most cases the education of older girls who are reaching puberty are left to the Aunties to handle and not even the mothers of the girls. Men are not involved in these issues and in most cases, they are not concerned, interested and do not want to know because these are perceived as women’s issues and they should deal with them.

This attitude passes on to institutions such as schools where menstrual and sexual health not dealt with publicly in training, teaching or counselling. Instead, girls are dealt with harshly by the parents and the society if they become pregnant.

There are a number of cases of school drop- outs for older girls and a few are concerned about the mental torture that goes on in the young girl experiencing changes in her body, hormones and feelings, worst of all when she feels humiliated because others in the classroom, especially boys, end up laughing at them when there is nothing to protect their period and it ends up showing on their clothes. The lack of training and awareness, and more importantly, the inability to afford sanitary pads to protect themselves become a double or a multiple jeopardy for many of these girls who get left behind in the society to fend for themselves and suffer for what is not their own making but a normal bodily change.

In Paorinher, although the matter of girls’ sexual health is being left to the school nurses and the senior women staff to deal with at the moment, measures are being put forward to tackle this taboo in the society through open discussions among the older school girls, women members of staff and other male staff members. The Director has invited an Officer from Marie Stopes to talk to members of staff with an aim of finding ways of helping our girls gain more confidence in themselves and aim higher without dropping out of school.

A big opportunity has now arisen to open up the space by the anticipated visit of the ARISE women’s team from Kenya in July which will help establish a strong foundation in menstrual health education and acceptance.

The ARISE women’s project in Kenya was made to empower women to build better livelihoods. They receive training in entrepreneurship, so they are able to earn more income, diversify financial income and provide jobs that boost local economies.

The ARISE project has the PFP Academy programme with a curriculum that covers Entrepreneurship and Credit Management, Environmental Awareness & Stewardship, Civic Education & Responsibility, Communication Skills and Menstrual & Sexual Health. The women are then supported to develop business plans which then are put forward for partnerships that provide seed funding via grants and microloans. PfP plans on expanding this program to Paorinher in Uganda so, this visit will be a great stepping stone for the future development of menstrual health and female empowerment in the area.

Thanks to Nasrin and PfP for coming out in collaboration with Paorinher to address the situation.

PfP is even running a Crowdfunder for the girls of Paorinher. They are raising £2,000 pounds so that we can buy the girls of Paorinher sanitary packs from our ARISE women’s project in Kenya. This will not only allow the nearly 200 girls at Paorinher to menstruate safely, but it will also cause a positive multiplier effect for the women in their ARISE project as they gain income and exposure on their business.

A pound donated is a pound invested in a girls future.